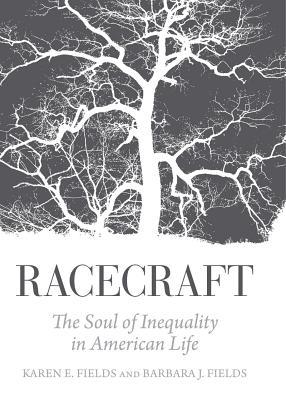 Somewhat disappointing. The basic thesis (that ‘race’ is a product of racism, rather than vice-versa) is an interesting one and one I’d like to learn more about; but after reading this book I’m not really sure I understand it much better than when I began.

The thesis itself is laid out, relatively briefly, in the introduction, which then moves onto examples of ‘racecraft’ in action; but if you didn’t completely comprehend the idea to begin with, it doesn’t seem like the examples will do much to clarify. No problem, I thought; it’s just an introduction, and the rest of the book will explain in more detail. Unfortunately, most of the rest of the book seems to consist of just more examples, although that’s not to say that they weren’t interesting to read. Other parts of the book get a little too academic for me, and while I can see the parallel between Durkheim’s description of indigenous Australian groups and racial ones, the fictional dialogue between Durkheim and Du Bois didn’t really clarify much for me (especially when the introduction to this dialogue required several times as many pages as the dialogue itself).

There’s also the problem seen in many essay collections, where the same point will be made again and again in articles that were intended to be read separately (like, for example, the one about indigenous Australians).

I’d also be interested to read a non-US perspective on the issue; while the racial dynamics in the US are different from other countries, for fairly obvious historical reasons, they’re not so different that they’re completely unrecognizable. How much of this is US-specific, and does it apply in other countries with different histories of race? While, on the face of it, the thesis would seem to be applicable everywhere, it’s more difficult to locate the roots of ‘racecraft’ in slavery in countries with a different relationship with slavery. (I say ‘different’ because, though Britain was a central participant in the slave trade, it was mostly conducted overseas.)

Overall this book has just raised more questions for me than it answered.