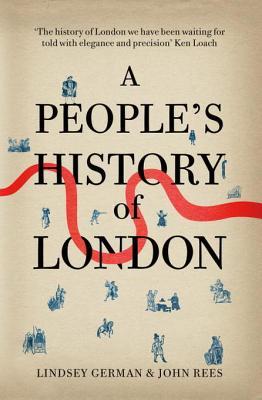 A little disappointing. The majority of the book is alright, but undermined by a couple of recurring flaws. The final two chapters more-or-less cease to be history and start to be political critique instead, and while I generally agree with the authors’ politics, it wasn’t really what I was looking for.

The problem with the majority of the book is that it’s trying to be two different things that don’t necessarily overlap perfectly: a history of London, and a people’s history (or rather, a history of radicalism, which is not quite the same thing). There’s significant events that would be relevant to the radicalism being discussed but which don’t have sufficient connection to London to be covered with more than a brief paragraph to mention what was happening elsewhere in the country. That’s particularly noticeable in the section on Chartism, since the industrial revolution had shifted the centre of gravity north and meant radicalism in Leeds and Manchester was more significant than in London at this point. What we get instead is a mini-biography of Marx — interesting enough, but not quite what I wanted. The First World War is another chapter that’s weakened by the focus on London, since it means any radicalism in the armed forces themselves is out-of-bounds except for a few units that were stationed in London at the end of the war — a shame, since the experience of Germany and Russia at this time suggests that the armed forces were significant sites of radicalism.

The conflation of radical history and “people’s history” is also, perhaps, a weakness. On the one hand, it’s important to draw attention to the ways in which ordinary people are politically active in their own right, and not just mindless drones being led along by the political class (especially given that, for most of the period of this book, most men and all women were excluded from voting). On the other hand, this has a tendency to make the working class seem more homogeneous than it actually is. The authors give the impression at times that the working class was uniformly against whichever bourgeois outrage they’re currently discussing.

Perhaps in most examples this wouldn’t be an issue, but it stands out particularly in the discussion of racism. (This is in one of the last two chapters, and so the tone has already shifted from history to politics; if anything, it makes the weakness even less excusable.) The people who elected a National Front councillor are, after all, the same people who the authors have been praising; the explanation of the context feels more like an attempt to shift the blame away without examining too deeply. The councillor was only elected “temporarily”, as if any council election is indefinite; the concerns were actually around housing, as if this excuses electing an (in their words) ‘fascist’, and ignoring the fact that for many working-class people (those of Asian and African descent, at the very least), voting National Front is no solution to their housing problems. It’s as if the authors want to blame racism on a brainwashing by the ruling class to deflect attention away from the real source of the problems, namely capitalism; while there’s some truth to that, to use it in such an un-nuanced way seems to stand in contradiction to the entire rest of the book, which has been to highlight the agency of ordinary people despite the influence of ruling-class ideology.

The weakness of the last two chapters is, as I said, that it reads more like a political critique or political manifesto than a real history of the 1980s to the present. The authors were, as far as I know, active in politics all through that time, and so it reads oddly when they write “the SWP …” or “the Stop the War Coalition …” as if these weren’t events they played a part in organizing. It’s also in these chapters where Socialist Worker becomes a common source. That’s not necessarily a problem, but it would have been nice to see perspectives from elsewhere on the left, too.

Read the first ten chapters (with just a very small pinch of salt); but if you have any familiarity at all with the politics of the last few decades you might as well just skim or skip the final two.