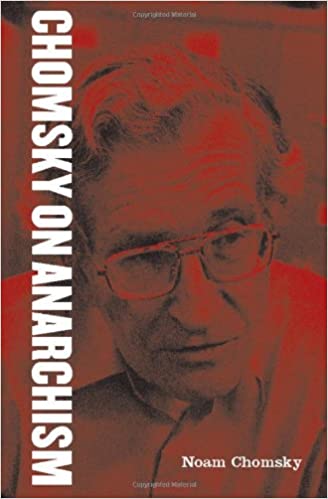 
This is a collection of a few articles and book introductions, transcripts of speeches, and interviews. The problem is that this format ends up being pretty repetitive. The introductions in particular, and some of the articles, tend to cover mostly the same ground, and I can’t help but feeling that a synthesis of them into a new article would be much more valuable than reading several slightly different articles.

The high point was “Containing the Threat of Democracy”, which was one of the longer articles and covered a bit more ground than others did. Unfortunately it’s also one in which Chomsky’s politics conflict with my own; specifically, his un-nuanced defence of freedom of speech, whereby if you do not defend hate speech and abuse (he mentions specifically the right of the KKK to march around with signs like “burn the n*****” and “send the Jews back to Israel”), you are a fascist or a Stalinist. Sorry, Noam, but it’s not that simple, and there should be room for the recognition that unrestricted free speech can itself limit the freedom of others.

(I had to turn off comments on Goodreads because six years after reading this I was still getting comments from liberals trying to explain why I’m wrong. Sorry, but liberal defences of the KKK’s freedom of speech all seem to boil down to a tacit admission that it would only take the right argument in favour of lynching to change their mind, and I have no interest in hearing from people whose ‘principles’ are so easily swayed.)